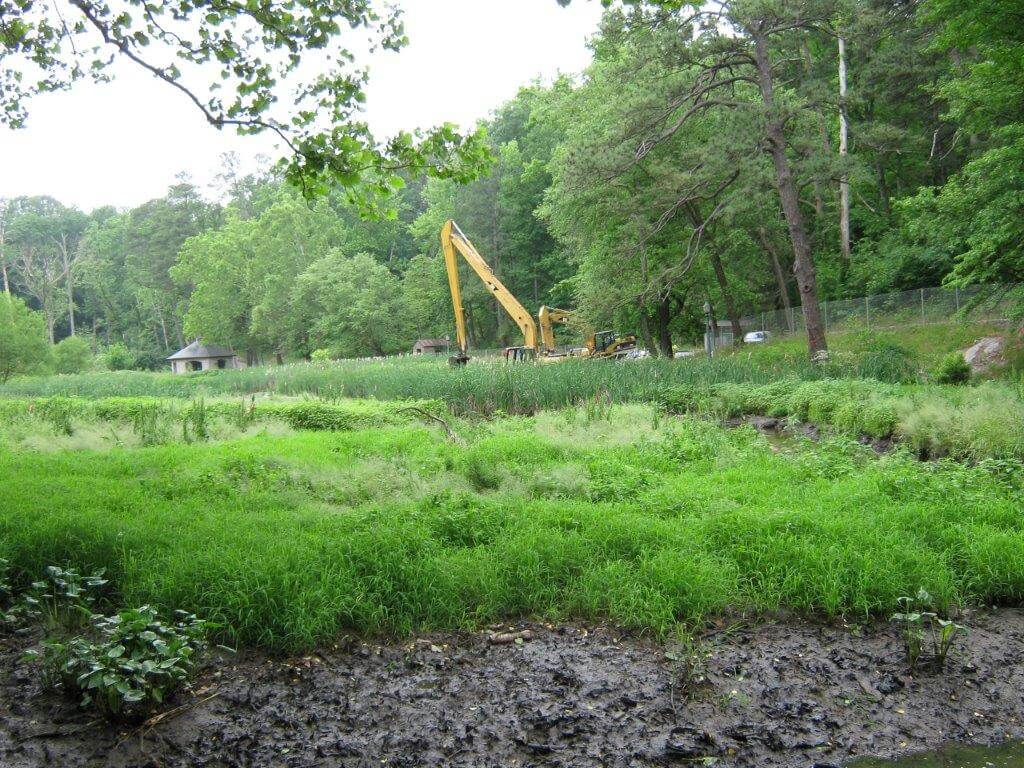 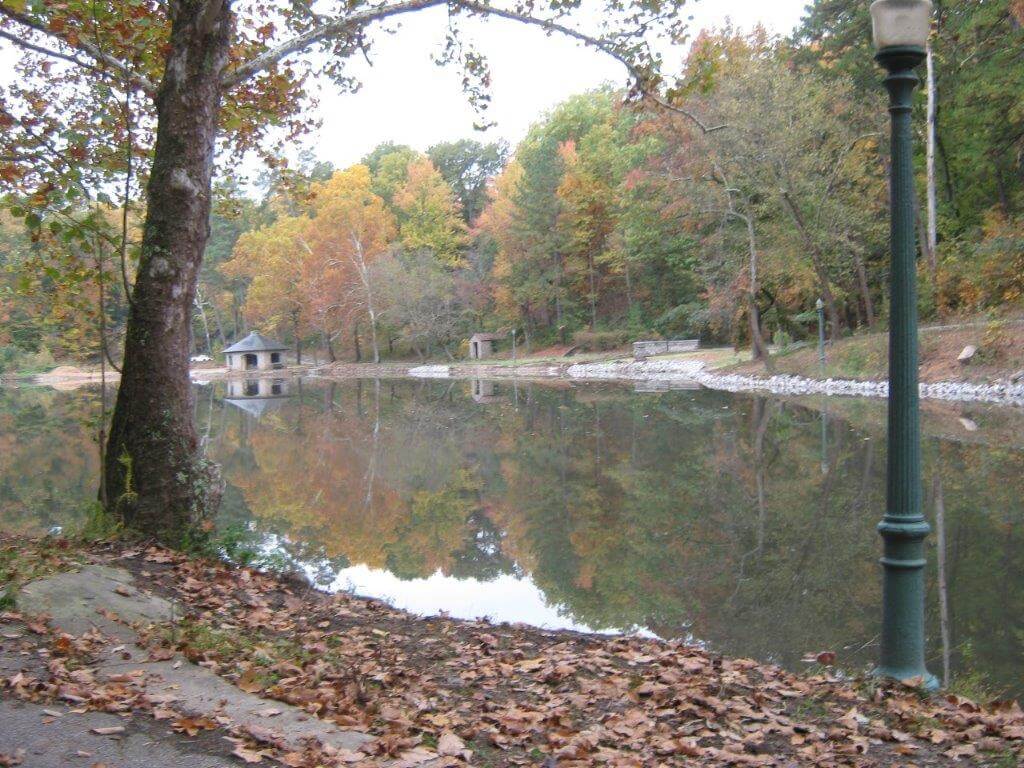 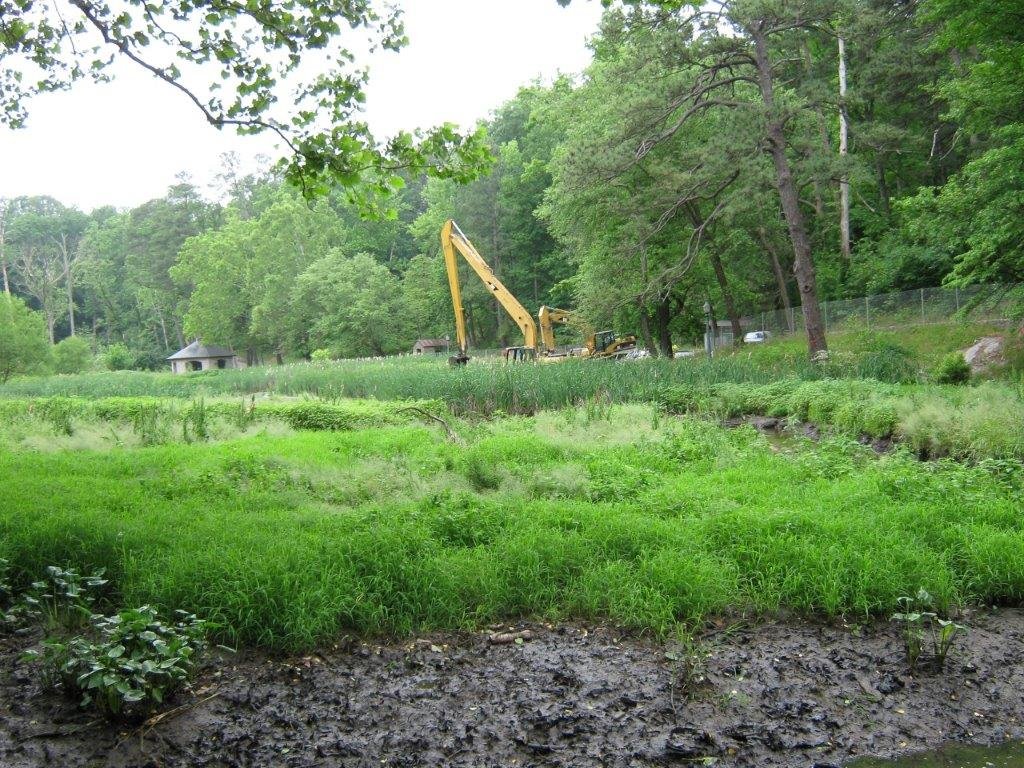 The lake is back in Forest Hill Park—under budget and ahead of schedule.

“That’s what you call a successful project,“ said Eric Zeigler, excavation manager for Metropolitan Environmental Services Inc., an Ohio-based company that did the work in five months instead of six.

The lake, more than a century old, is brimming with water again in the historic South Richmond park. Turtles have been sighted, and so have largemouth bass, even though Richmond hasn’t yet stocked the lake with fish for recreational anglers.

“It’s gorgeous down there,“ J.R. Pope, director of parks, recreation and community facilities, said during the final meeting on the project Tuesday.

Richmond finished the $1.7 million project with about $145,000 left in the bank, though some work remains to be done. New benches will be installed around the three-acre lake, along with new decorative lights. Views from the hill over the lake will be cleared and a footbridge installed over Reedy Creek to replace one that washed away five years ago. All of those improvements already are budgeted.

Forest Hill isn’t the only old park with a new look in Richmond. The lake in Bryan Park’s Azalea Garden has been dredged and the fountain in its center restored as part of a $600,000 project that includes restoration of a retention wall in Young’s Pond. The retention wall won’t be completed in the North Side park until this winter.

In Byrd Park, the city is putting the final touches on a new concession building, with public bathrooms, at Fountain Lake. The $500,000 project is done except for utility metering and a ribbon-cutting that the city plans before the end of the year.

But the Forest Hill project dwarfs the others in scope. The contractors began in May to remove fish and other aquatic life so they could begin the process of excavating 34,000 cubic yards of muck that had built up over 30 years, turning a former quarry lake into a cattail-choked marsh. Walkways and water channels that had been buried for years suddenly reappeared.

“A lot of stuff came up that was lost,“ said Park Manager Linwood Seward.

The marsh had its own appeal to some people because it teemed with natural life, but the city’s environmental consultant, Requardt & Associates, succeeded in securing federal and state permission to restore the lake and mitigate the loss of wetlands in other ways. Part of the project will restore wetlands, using native Virginia plants, in a wedge of land lying between Reedy Creek and an unnamed stream that flows from the park’s snow-sledding hill.

The project also includes recessed bays on the lake bottom to trap sediment carried by the creek and two streams. The system will allow the city to lower the lake level and clean out the bays periodically to prevent sediment from building up again.

Meanwhile, an environmental group is conducting a door-to-door project upstream to educate home and business owners along Reedy Creek about ways to prevent stormwater from carrying sediment and other pollutants into the waterway and eventually the lake.

“We’re trying to minimize the effects of all the houses and other things upstream,“ said Chris French, Virginia director of the Alliance for the Chesapeake Bay.

City officials plan to celebrate the lake’s restoration in the spring, but that doesn’t mean local residents have to wait to enjoy a treasure that many didn’t know they had.

“A whole generation has come up that didn’t know a lake was down there,“ said Jonet Prevost-White, an engineer in the Richmond Department of Community Development. “They should know not only that a lake is down there, but how pretty it is.“